Bodie State Park is the site of an old Gold Rush town in California. It is located in the California Desert east of San Francisco about seven miles from the Nevada border. The area is extremely dry and hot in the summer and can see as much as twenty feet of snow in the winter.

At its peak in 1879, the town was said to have been home to 100,000 people. During its run, Bodie earned a bad reputation for its high rate of murder, robbery, and prostitution. As the gold rush declined, so did the town. The last residents left of Bodie shortly after World War II. Despite the years of decay, the structures that remain are in remarkable condition.

I spent a day exploring the town in late August 2012. Under the hot sun, I photographed this bad town under very serene conditions. The sky was a deep shade of blue and was dotted with clouds that cast huge shadows on the surrounding hills. The air was warm with a varying breeze. Such tranquil weather added a visual contrast to the town’s violent and unlawful history. It was hard to imagine a place this peaceful was the same town rumored to experience one murder a day.

My images depict this visual/historical contrast between past and present. I want the viewer to see the town as a beautiful place where they can explore and learn about history. My country does not have the numerous medieval structures of Europe and Asia that draw vast crowds each year. However, that does not mean that America does not have ruins of its own. I believe Bodie is amongst America’s first ruins; just swap stone and mortar for timber and iron. I hope the viewer becomes more conscious of sites like Bodie, so that they can be preserved. 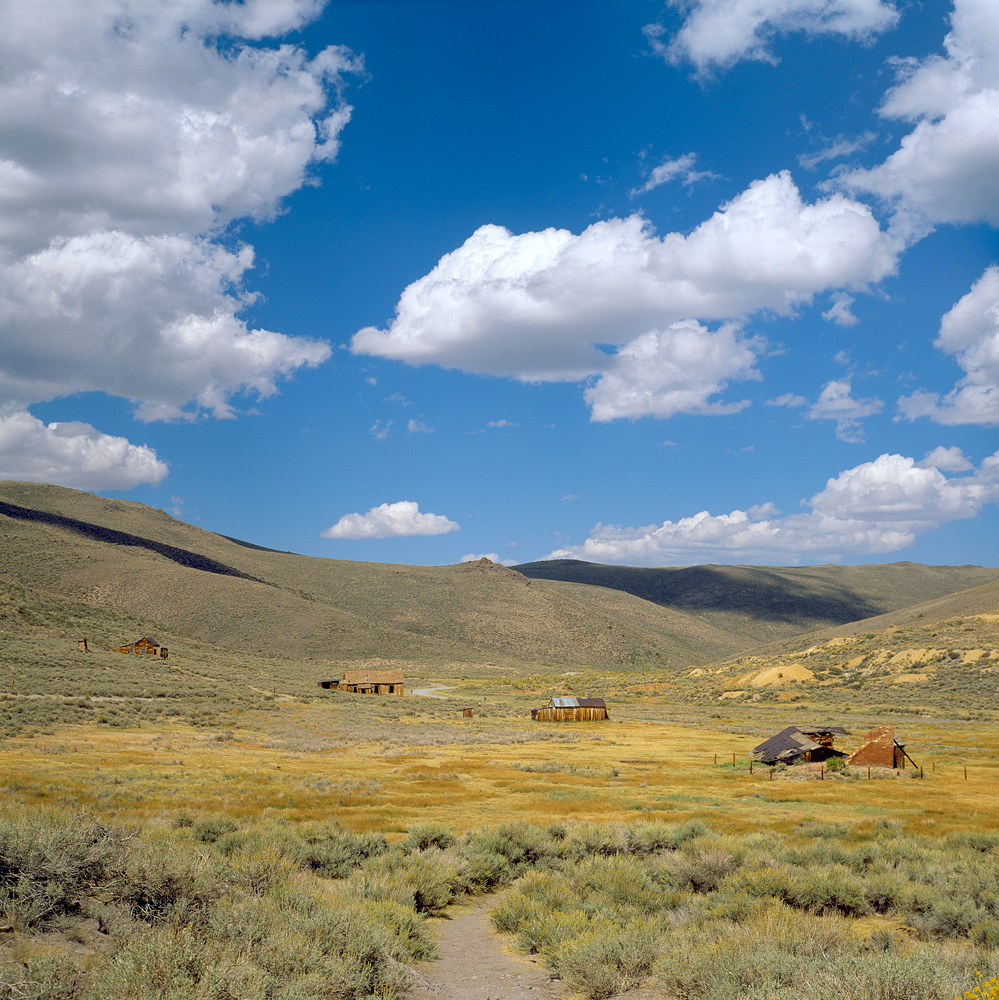